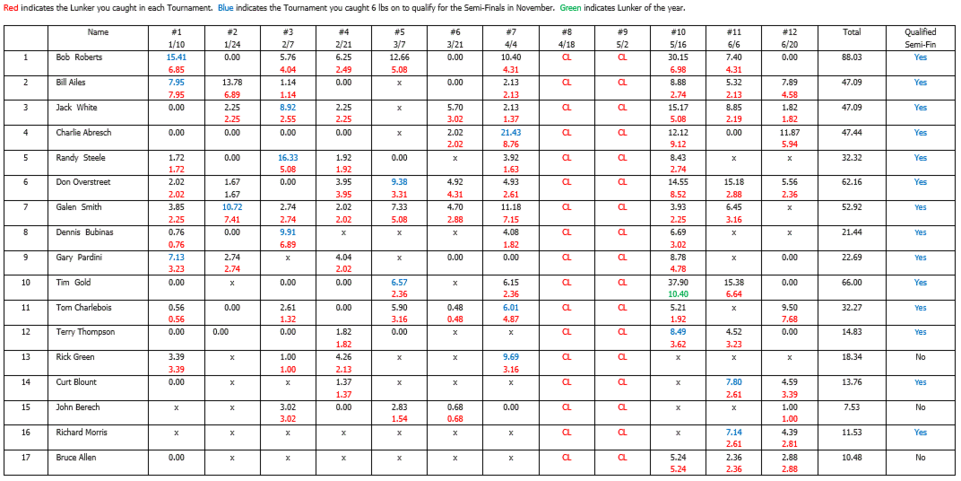 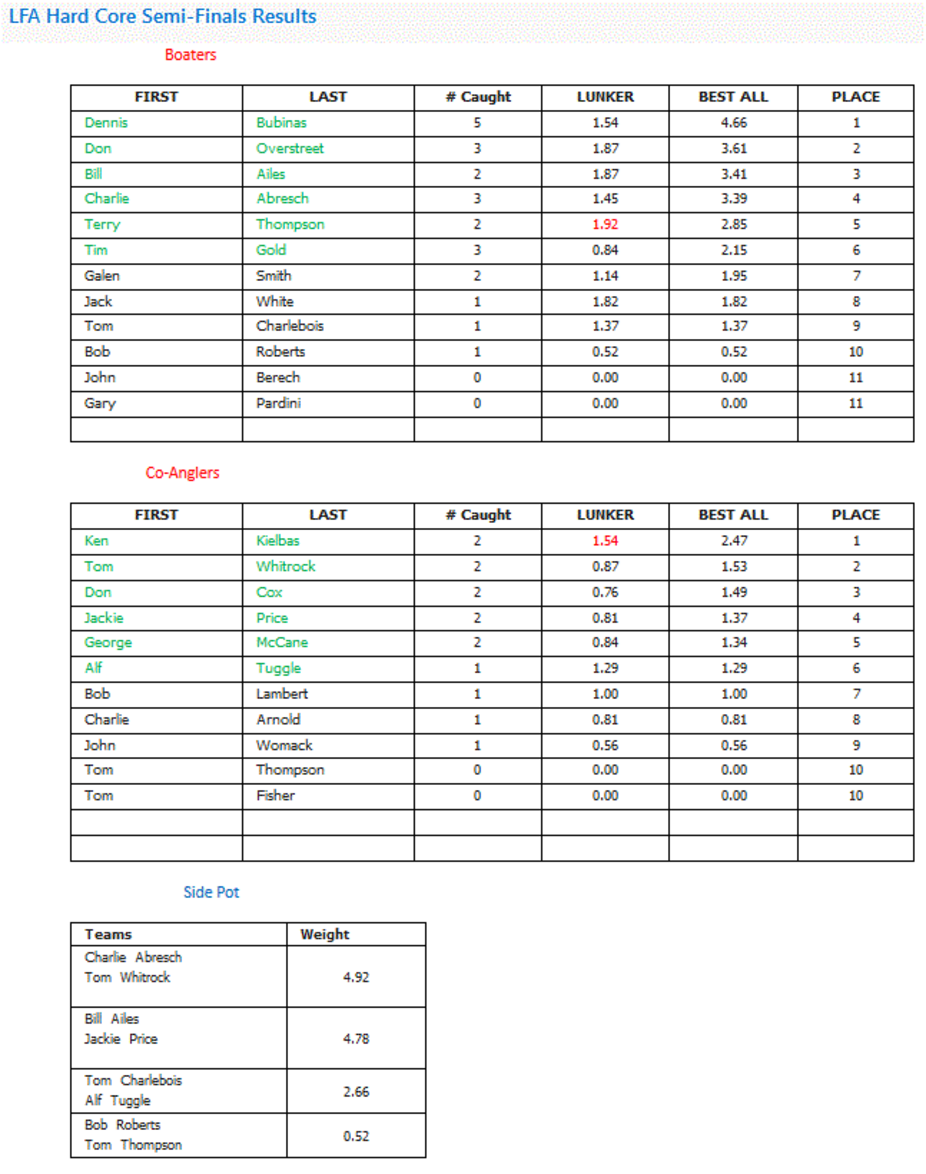 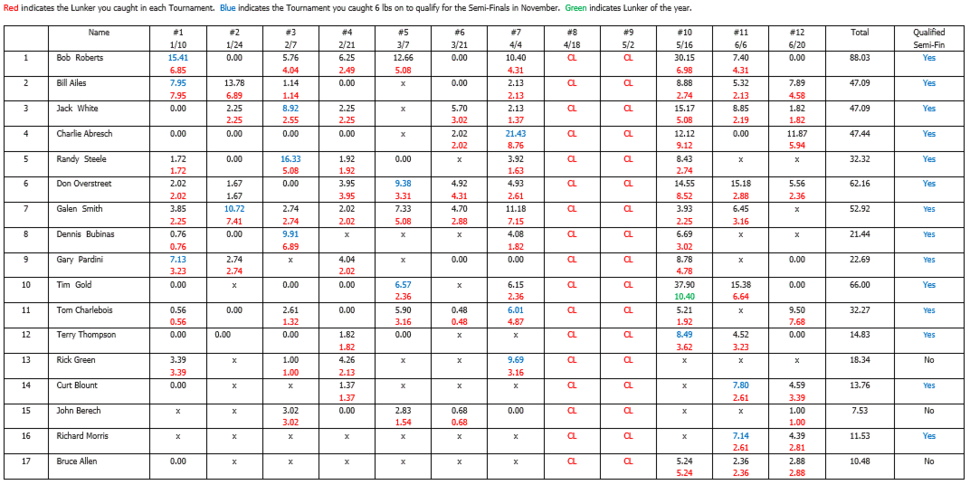 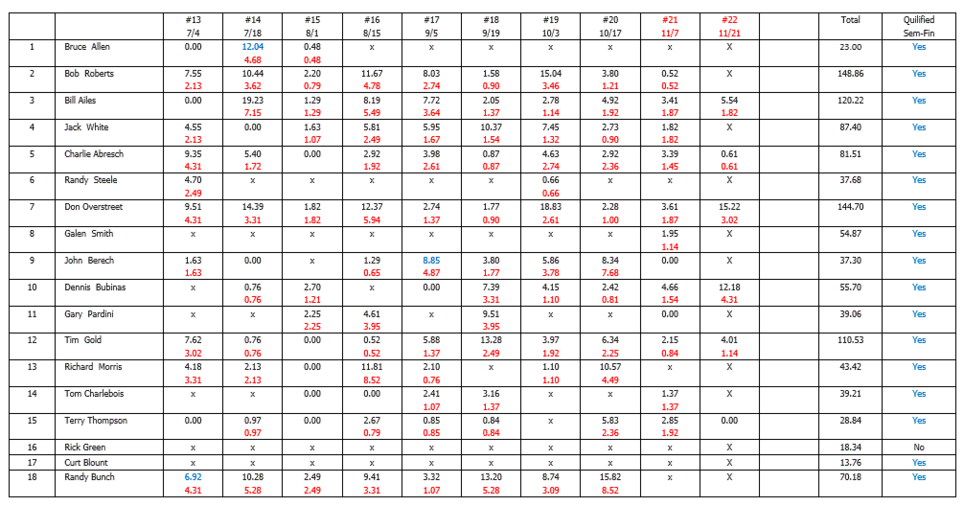 SCROLL DOWN FOR YEAR TO DATE

A Division of Lake Fork Anglers

HARD CORE is INDIVIDUAL COMPITETION with boaters against boaters and co-anglers
against co-anglers following along with the Major League Fishing format where
points do you no good. You can win the pot and lunker separate in each tournament.
You can advance to the semi-finals and finals where each time your weight is
zeroed so that anyone who advances can win in November.

There are three ways to qualify.

Catch 6 lbs. in any one qualifying tournaments. Or attend 80% of the tournaments during the year.

Once those that have the 6 lbs.  or 80% qualify for the semi-finals we fill in open spots
to make the boaters and co-anglers come out even using the highest total weight
of those not having the 6 lbs. in any one tournament or 80%..

So while some may qualify with the 8 lbs.  while
fishing in the semi-finals they still have to fish the whole day because they
want to win the cash money payouts, lunker and or side pot. The first ten to reach the 8 lbs mark qualify to advance to the finals. In November.


In the final if any of those that fished in the
semi-finals do not catch the required 8 lbs. to move to the final round in
order to make it come out even we once again go to total weight
accumulated  and this can be for both boaters and co-anglers who would
switch if needed to get into the finals.
Because we want at least ten boats in the final. We will go to the weights again
to make that happen. Both the final semi-final and final are held on a portion of Lake Fork unknown to the participants until the morning of the tournament.

Hard Core will have it's own Lunker Award.

ENTRY is $12 plus an optional $5 lunker pool paid to the member who catches the
lunker. $1 goes for the awards.

SIDE POT $10 per angler and goes to the boater and co-angler
based on TOTAL WEIGHT of ALL the fish they caught.

They do not have to be fishing together to win their respective tournaments.

Tales are told at the weigh in.

Schedule & Results for Hard Core events are listed on the L F A Home Page. 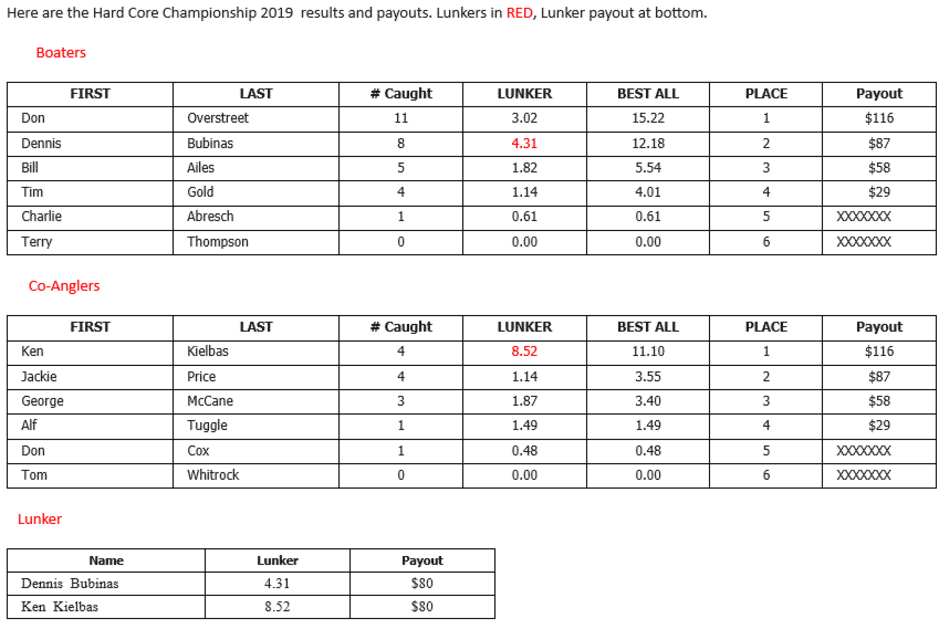 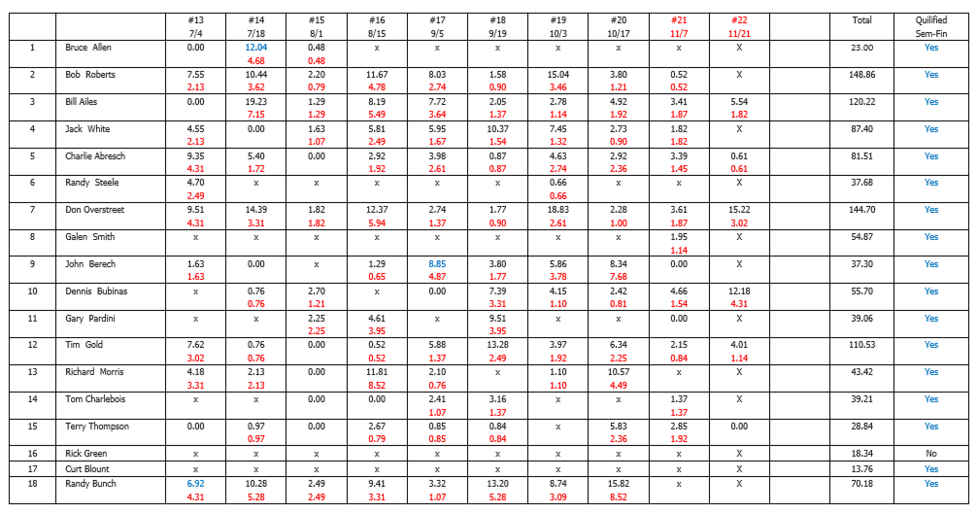